Paco Cinematografica is an independent production company based in Rome, Italy, run by Co-CEO's Isabella Cocuzza and Arturo Paglia. 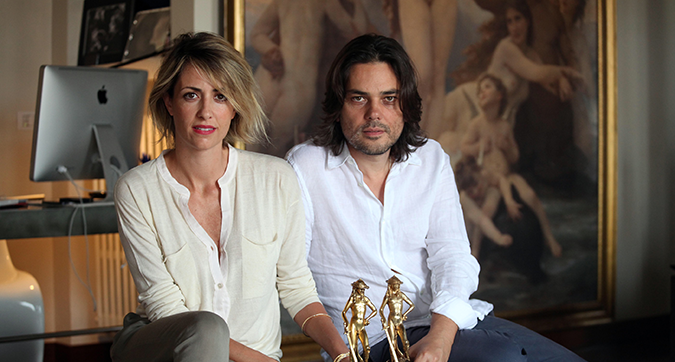 Established in 2003 with the purpose of producing both documentaries and feature films, the company starts to gain attention by the domestic film industry and critics with COVER BOY, directed by Carmine Amoroso. The film is selected in many national and international festivals and is nominated in the categories of Best Production and Best Supporting Actor at the David di Donatello Awards in 2009. More recently, after the national hit of debut film by Rocco Papaleo, BASILICATA COAST TO COAST, Paco Cinematografica produces Giuseppe Tornatore’s international project THE BEST OFFER, starring Geoffrey Rush, Jim Sturgess and Donald Sutherland. The film, distributed by Warner Bros. Pictures in Italy and Germany, obtains excellent results at the national box office and receives praise from both critics and audience.

Between 2014 and 2015 Paco has become even more international oriented by completing co-production projects: FIRST LIGHT, by Vincenzo Marra, which is an Italian-Chilean co-production, shot in Italian and Spanish with locations half in Italy and half in Chile and represented internationally by U.S. based sales agency Recreation Media; and Gianfranco Cabiddu’s THE STUFF OF DREAMS, an Italian-French co-production, shot in the beautiful island of Asinara in Sardinia. FIRST LIGHT wins the Pasinetti Award for Best Film at Venice Days 2015, while THE STUFF OF DREAMS premieres at the Rome Film Fest and wins the David di Donatello Award 2017 for Best Adapted Screenplay and the Italian Golden Globe 2017 for Best Film.

Another achievement in 2015 has been Arturo’s nomination as Italian ‘Producer on the Move’ at 2015 Cannes International Film Festival.

In the same year, Paco distributes in Italy, in collaboration with Academy Two, the film A GIRL WALKS HOME ALONE AT NIGHT by the Iranian director Ana Lily Amirpour.

In 2017 releases NO COUNTRY FOR YOUNG MEN by Giovanni Veronesi, an Italian-Spanish coproduction with Neo Art Producciones, shot in Italy and Cuba, and NINE 1/2 MOONS  first feature by Michela Andreozzi.

In 2018 TRAVELING WITH ADELE first feature by Alessandro Capitani premieres on 17th October, as pre-opening of the thirteenth Rome Film Fest, and THE MAGIC FLUTE AT PIAZZA VITTORIO by Mario Tronco and Gianfranco Cabiddu, also premieres as Special Event on 23rd of October. The same year Paco releases WHAT FOR NEW YEAR’S EVE? first feature by Filippo Bologna.

PARENTS VS INFLUENCERS by Michela Andreozzi, a family comedy starring Fabio Volo, Giulia De Lellis and Ginevra Francesconi is released on Easter Day in 2021 on SKY and NOW TV.

In September 2021 Paco releases THE GREAT SILENCE  by Alessandro Gassmann, based on the theatre play by Maurizio De Giovanni. The film, starring Massimiliano Gallo, Margherita Buy and Marina Confalone, is presented at Giornate degli Autori at the Venice Film Festival 2021.

The company is currently developing the second feature by Stefano Cipani, written by D’Innocenzo Brothers.

Paco Cinematografica nurtures collaborations with the most valued screenwriters, directors and talents and aims to keep working to projects meant for the international market.